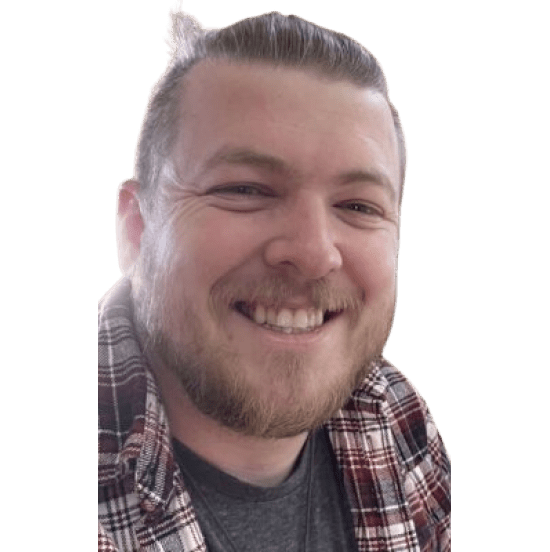 James is a committed lifelong learner whose curiosity and passion for history, literature, and understanding how things work is infectious. James earned his bachelors in classics on an ROTC scholarship; and shortly after graduating joined the Air Force to serve in space command where he eventually became an instructor. While in the military James earned a masters degree in disaster management, which he occasionally brings into his classes through modelling and what-if scenarios.

As an instructor in the Air Force James realized that his true passion is teaching. So, after leaving the military he earned a second masters degree in education and began teaching in high schools and community colleges in Colorado where he lives. James’ teaching experience has been quite varied, including in a rural school where students had to balance schoolwork with farm work and at a charter school north of Denver where a majority of the student body speak Spanish as a first language. Drawing on his diverse educational and occupational background in humanities and quantitative science, James has taught everything from history to the physical sciences, geography, civics, mathematics and english language arts to groups ranging from adult learners to grade schoolers. In his own words, “It is amazing how much an auditorium of fighter pilots can resemble a kindergarten class when needing to wrangle attention to a task.”

Education is the solution to every problem, every disagreement or conflict. The more you know the better prepared you are for everything life can throw at you. Interest in a subject makes the acquisition of that education so much easier, both for the student and the teacher. If you want to learn then class becomes a reward and new material is thrilling. To further both interest in the material and the student's education overall it is the teacher's job to learn about the student, their hobbies and goals and worries and dreams, and build curriculum that links the subject material to the interests of the student.

Match Me With a Teacher

Inquire About This Course